I remember it clearly. I was working at a radio station as an announcer.  I was not on the 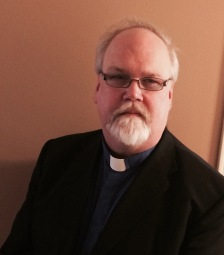 air but in the “Radio Jock Lounge” as we called it.  One of the other DJs who was on the air at the time, came running into the lounge screaming, “We have been attacked! The World Trade Center was hit by passenger jets! It’s a terrorist attack!” The Jets were still coming and the buildings were falling. It was surreal. We were all in a state of shock.

Afterwards, everyone had an opinion of why this happened and, yes, eventually the questions came, too. “Why did God let this happen?” “Was it God’s will?” “What kind of God would cause this tragedy?” Of course, all the usual  TV preachers were saying it was because of abortion or the gays or because they removed prayer from the schools. It was judgment and it was the will of God. This was their mantra. Every time a tragedy happened it was the will of God. This was the reason people talked about Theodicy–why do bad things happen to good people or why is there evil and suffering? Some refused to believe in God because of Theodicy, but others accept it as God just allows it.

The idea of God’s will hit me like a boulder when my wife lost our child to a miscarriage in the fall of 2000. It affected her worse because she not only lost our child but also an older brother at the young age of 48 due to heart issues and diabetes.  A few years prior to that, she lost her dad to cancer and a 19-year-old nephew in a car wreck. I could not see trying to tell her this was all God’s will and perfect plan for her. It was God’s will to allow all these tragedies to happen within such a short time frame?

Many people lose their faith over such theology. Would you tell a person who lost their child to cancer it was God’s will? Is God in complete control of everything?  Is God’s will over our wills in every instance and every event happening around us?  Thomas Jay Oord says, “No,” and this is bad and dangerous theology. Oord believes in the uncontrolling love of God not the controlling will of God. We are not puppets.  Oord shows us the different models of God’s providence. They are: God is the omnicause; God empowers and overpowers; God is voluntarily self-limited; God is essentially Kenotic; God sustains as impersonal force; God is initial creator and current observer; and finally, God’s ways are not your ways.

The first model is a common view in the Reformed Calvinist tradition, which believes God is in control of all things and causes all things. In other words, God’s will is everything which happens, even awful tragedies in the world. The last View of Providence (God’s ways are not our ways) is a true statement;  however, it is like saying it might be God’s will but I will throw out the mystery card to play it safe.

Oord does not play it safe. Instead he hits the problem of Theodicy head on by not only critiquing the other models of God’s providence but by giving us an alternative with the Kenotic model.  Oord believes, “God’s eternal nature is uncontrolling love. Because of love, God necessarily provides freedom/agency to creatures, and God works by empower in and inspiring creation toward well-being.” This also means “God upholds the regularities that derive from God’s nature of love. Randomness in the world and creaturely free will are genuine, and God is not a dictator mysteriously pulling all the strings. God never control others.”

This does not mean God never intervenes by miracles, but He intervenes in noncoercive ways. God is already present in all of creation without being a part of creation; therefore, God is working with, in, and under to bring about change out of love and not by force. God is relational and works in a process with free creatures and the future is open to a number of possibilities.  God knows all of them. God’s promises are true, but they are not actualized until they are acted upon. God, out of love, takes risks to relate to humans instead of control and domination. God’s uncontrollable love is one of giving and receiving love and also willing to be rejected by the beloved.

Love does come first.  We see it in the person of Jesus Christ who took the form of a servant by humbling himself and giving himself upon the cross. This is the cruciform love of God which is self-giving and others empowering. Instead of saying everything that happens is God’s will especially tragedies, deaths, natural disasters, diseases, and yes, even miscarriages, then we must say no! If God’s love comes first and God’s nature is uncontrolling love, then God cannot unilaterally prevent genuine evil. There are limits to God’s power. God cannot do what is illogical. Contradictions do not exist especially in God. God cannot change the past and or act contrary to God’s own nature. God cannot deny God’s self.

Thomas Oord says, “God must give freedom, even to those who use it wrongly. This is the cause of evil besides randomness in the world, not God.” Oord continues to explain preventing evils caused by random events would require God to foreknow and control these events occurring at whatever level of complexity we find them. Controlling randomness would require God to withhold the simple power to become and exist with stable regularity. God both creates and interacts, sets limits, and offers possibilities through uncontrolling love. We as humans by faith cooperate with God. God is not a bully and does not act violently or with force or controls. Instead, God empowers and enables with uncontrolling love.

This message is a comfort to those who have lost a loved one, witnessed a tragedy, or are suffering from a threatening disease. God is not willing anyone to perish. God’s will is good, but the problem is sometimes God’s will does not happen in every situation. This is the price we have for having freedom.  There are consequences of another’s freedom with the randomness and regularities of nature. The uncontrolling love of God is much better than a God who is not love but a dictator. We see this God fully in the person of Christ. Jesus shows us the Triune God who acts out of uncontrolling Love. Death, tragedy, and evil are not God’s will, nor do they have the last word. God’s love does.