Growing up in a rural, evangelical Mennonite church, I heard two things very clearly: God wanted us to be nonviolent, and God would ultimately intervene to punish the violent and reward the peaceful. I never really understood how those two statements fit together. What use is it to practice nonviolence if you expect God eventually to annihilate your adversary? 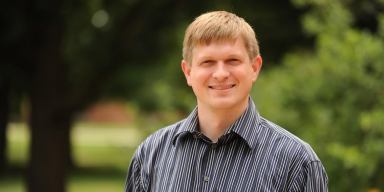 A nonviolent, noncoercive God seemed much more consistent with the Christian ethics that I learned from my peace church tradition. Process theology helped me see nonviolence as a way to engage the world rather than prove my superiority over the world. I headed off to graduate school to learn more.

I soon realized that I had a slightly different theological perspective than my professors and peers. I often heard an argument similar to the one that Tom Oord makes, “because genuine evils occur and God always loves, we are right to infer that God must not be able to coerce to prevent genuine evil.” This argument assumes that, in the face of evil, real love means being coercive, if possible. According to this logic, the only reason that God wouldn’t exercise violence in these situations is that God is unable to do so. The implication that follows is that, for us humans who are able to act coercively, violence is sometimes a necessary response to evil. As a Mennonite and a pacifist, I found this very odd. Here I was, learning about a supposedly nonviolent theology, only to find it being used to justify human violence. To me, it wasn’t necessary to stress the fact that God couldn’t use coercion, because I already believed that violence was a less effective strategy than nonviolence in the long run.

I soon realized, however, that I did have to grapple with the silence of God in the face of evil. Even if we don’t believe that a violent response to violence is ever justified, why isn’t God obviously intervening in the world in a creative, nonviolent way? If we hold up the ethics of Jesus… or Gandhi… or Martin Luther King Jr. as the ideal, then we should expect God to actively confront injustice. How is it that God embodies perfection and yet tolerates such an imperfect world? In the end, the peace churches (and any Christian interested in nonviolence) need something to bridge our ethical ideals and our theology.

From a Mennonite perspective, we could flesh out a pretty attractive God based on Oord’s concept of essential kenosis. Let’s say, for instance, that God, as an “omnipresent spirit with no localized divine body,” works in the world by calling creatures to intervene in situations of evil or injustice. When a teacher stops one student from bullying another, or a firefighter saves a toddler from a burning house, these are examples of creation embodying the spirit of God. We could see God’s hand in all the nonviolent movements of history and blame violence or injustice on someone’s failure to live up to the divine calling. It’s attractive because it aligns God with our ideas of goodness and love, removing any culpability for evil or violence. And, it places us on the right side of history. To the extent that we are carrying out God’s calling, we are on God’s side.

I can appreciate that vision of God, and I think it’s possible to hold that theology with integrity. But there is also a danger, one that the peace churches have fallen into more than we care to admit. Namely, if your portrait of God matches your self-portrait too closely (even if it’s a very nice portrait), it becomes difficult to hear criticism or entertain another perspective. For example, when Mennonites emigrated to the United States and Canada from Europe, they were too busy thinking about how they had faithfully avoided military conscription to consider whose land they were occupying. Until very recently, Mennonites have tended to see themselves as automatically aligned with God’s call toward non-coercive love. The problem is the assumption that we know in advance what nonviolence or non-coercion means.

I’m attracted to Oord’s idea of essential kenosis because it stabilizes the ideals of love and nonviolence that I hold to be central to Christian faith. But what if nonviolence itself needs to be destabilized? I’m not advocating a step away from nonviolence. Instead, I wonder if nonviolence in the deepest sense might require us to challenge our own ideals and assumptions about nonviolence. To that end, I have also appreciated another stream of process theology that talks about God in terms of emptiness or space—a slightly different, and in some ways more traditional, way of thinking about kenosis. The benefit here is that God is not equated with any particular ideal. God’s call is not toward a pre-established idea of love but provides a scaffold upon which the world could construct diverse forms of love.

Perhaps essential kenosis can accommodate this way of thinking, too. After all, I agree with Oord on the basics. It seems clear to me that the nature of God is not to suddenly intervene in metaphysical or natural laws. I agree that the idea that God has chosen to limit Godself is unconvincing. So, in the end, the only addition I would make is to our definition of non-coercion or love. Love not only works for the good of the beloved but also provides space for the beloved to define his or her own good. The non-coercive God is not hovering over us with a specific set of directions but is encouraging us to tap into our own creativity without knowing where it will lead. In many cases, this kind of creativity may demand that we rethink our assumptions about what “good” is. This is non-coercion at its deepest. If God is Love, it’s not because God doles love out to us but because it is through God that we are led to discover new ways of loving.

Justin Heinzekehr is Director of Institutional Research and Assessment and Assistant Professor of Bible and Religion at Goshen College. His research interests include process philosophy, Anabaptist-Mennonite theology, and political theology. His forthcoming book, Socialism in Process (edited with Philip Clayton), explores theoretical and practical connections between socialism and process thought.