The words hung in the air. My therapist and I had been struggling with this for almost two years. It was a deep-seated belief for which we could find no source. My story of repressed 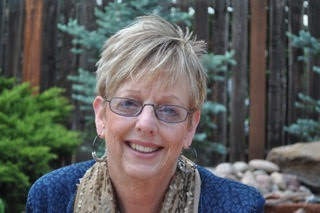 childhood sexual abuse (from the age of three) would have predicted anything but success, and yet I had a Ph.D., professional career, and 38-year marriage. I obviously made choices—good ones. Yet, I said I did not have choices—again. Where was this buried? Then, as a result of a car accident on a Los Angeles freeway, the memory of skidding out on a mountain road surfaced.

I screamed this as I ran from the car, not knowing where I was running. I was looking for the cliff I had run to 40 years earlier—the cliff where I tried to end my life after a betrayal so deep I never recovered. As my car skidded and I ran to stand on the edge of the cliff, a man stopped to help me. Obviously skilled, he convinced me to turn and step back; but the dirt crumbled beneath my feet and I slid off the cliff and clung to a tree root until he rescued me.

As I lay on the dirt, I believed God had stopped me from ending my life. I believed the choice was taken from me. I had been taught God was always in control and the only way I could make sense of my life was to believe God allowed the abuse and stopped me from stepping off the cliff. Why would he stop me but not all the others who succeeded in ending their lives? Did he love me more? Was he trying to build character through the trauma I had experienced? Did he have some great purpose I had not yet fulfilled?

Every morning for forty years, as I emerged from sleep, I re-enacted the fall from the cliff in a symbolic feeling of dread. My hands never relaxed and on the dark days when I said, “I feel like I am falling off a cliff,” I was trying to express the reality I had repressed. Buried with the repressed memory was the reason I believed I did not have choices—it was all about theology.

After I was coaxed back to my car, the man sat beside me and asked, “Do you believe in God?”

Oddly enough, I said, “I believe God loves me.”

The broken child in me never doubted God’s love, but it was almost impossible to reconcile with the truth I now knew about the life I had lived. During two years of intensive therapy, the pain had exploded out of my soul. I was three… I was six… I was nine… I was twelve… I was fourteen. Finally, I was a young adult and I knew God loved me, didn’t protect me when he could have, and made me live when I wanted to die. It was difficult to make sense of it all.

“What is your anchor, Janyne?”

In my mind, I was in a lake of pain about to be sucked into a whirlpool.

“I know I am supposed to say God. I know you want me to say God. But no, God is not my anchor.”

The words spoken from a couple dozen fractured parts of me hung between us. If God could prevent pain why didn’t he?

It would be months before I understood I did have choices. I finally realized I could not accept I had choices, because I could not accept the fact that those who hurt me also had choices. It was all about freewill. If I could choose, then they could choose, and God really was not in control. If God wasn’t in control, then he did not save me from stepping off the cliff, and there was not some great purpose I needed to fulfill… and I wasn’t sure I wanted to live. This was something my theology would never allow me process.

I drove down the mountain by following the taillights of the man God had sent to keep me alive. I was like George in the movie “It’s a Wonderful Life.” God had chosen for me to live, and I needed to live a life worthy of his choosing. I let others make choices for me, I believed what they wanted me to believe; I became a theological chameleon and buried my pain so deeply it didn’t erupt until I turned 61. I did live a wonderful life, but I was never able to truly worship the God who chose to make me live but did not protect me.

The day I realized I had choices was the day I understood God was not a controlling God. He did not control me on the cliff; I chose to turn and live. I chose, but so did all those who hurt me. We all had freewill. I didn’t need to say nonsensical things such as, “God allowed my abuse to build character.” He felt sorrow, he comforted me, and he prompted me to seek help, but I made the choices.

She asked me again, “Janyne, do you believe you have choices?”

“Yes, I do believe I have choices because I believe God loves me and as a result he has given me freewill. He has given everyone freewill and he will not stop human choices, be they for good or for evil. Everyone makes their own choices.”

Outside of an understanding of an uncontrolling God there is no potential for truly transcending the human experience of trauma, living life abundantly, and worshipping freely. The God who controls could not be my anchor. But the God who loves me, comforts me, brings me support by prompting the actions of others, and guides my choices most certainly can!
Dr. Janyne McConnaughey retired in 2015 after 40 years in education  Prior to her 33 years in higher education as a teacher educator, she taught in and directed early childhood programs. She and her husband, Scott, are enjoying living full-time in their 5th wheel at a park just outside of Garden of the Gods in Colorado. She enjoys spending her days writing, walking, and connecting with friends and family. She especially enjoys every minute she is able share with her children and grandchildren in the Seattle area.