A friend describes a process she learned as a mother: “I never did try to control my kids, there were too many of them to do that. I had three children in two years, and it became very clear early on (such as day one), that control was not possible. Instead of getting in their way and trying to run their play, I had to arrive at some other mode of being with them as they are.”

So she invited friends over for them to play with, and chaos mounted. But this is what she observed: “If I were willing and able to let the four or five very young children jostle, master round, explore for about 45 minutes-with the ground rules of not hurting each other or the home-if I just let them go through whatever procedures they needed to go through, they would come up with something that they loved to do together. They would arrive at some game, project, make-believe… That would keep them positively, joyfully engaged for up to three hours. All of them.” 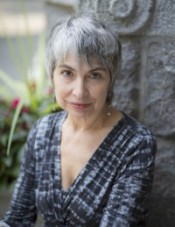 This is a humble parable of creation from chaos. It illustrates uncontrolling love.

Parents and all who relate in love have to “let be.” So do good teachers, pastors, and leaders. As Elohim italicized “Let be” the light? John McQuarrie defines “letting be” as something much more positive than just leaving alone: “as enabling to be, empowering to be, or bringing into being.” Thus our experience of “letting be” may serve as an analogy of “the ultimate letting-be.”

Love does not control. It opens up the space of becoming. The space is not without protective boundaries, not without rules.

The healthy parent is not merely permissive, but constantly teaching ideals of fairness, cooperation, and creative development. This space comprises neither rampant disorder nor imposed order. It opens at the edge of chaos, without plunging into the abyss. It supports the free play of relations — and satisfies desires of both parent and children. This uncontrolling care empowers the children to construct their own “complex self-organizing system.” At least temporarily!

If I may push our parable a bit further, the desired into play is not about a private “me and my God” relation but I love open and out into a fuller sociality. “Two or more gathered in my name.” In the communality of genesis things are risky, noisy, messy. But fresh order continues to emerge from the chaos. And while its equilibria do not last forever — “love never ends” (1 Cor. 13:8).

Does God just choose not to interfere with our freedom? The so-called free-will defense of God’s goodness and omnipotence tries that middle road: God permits, but does not cause evil, and so leaves us our freedom. This is close to the chilly deism Calvin railed against.

But usually those who hold this reasonable view also hold out for occasional special or miraculous interventions on God’s part. But then: Why didn’t God manipulate the vote just a bit so that Hitler would lose the election? Or, for that matter, heal my friend’s little sister’s leukemia? Or excise that bad gene in the first place? Or all bad genes?

The free-will defense only works if held consistently. But that is hard to do. To say God “permits” evil for the sake of our freedom implies that God could step in at any time, and as far as history demonstrates, just chooses not to.

The alternative to omnipotence lies in the risky interactivity of relationship. It does not toss the creatures into a deistic void, chilled but autonomous. It continues to call them forth, to invite… The power of God, if it is response-able power, empowers the others – to respond. In their freedom.

In what sense then is the divine powerful? It can perhaps even be called all-powerful, if that language for the biblical God seems indispensable to some, in this sense: God has “all the power” that a good God, a God who fosters and delights in the goodness of the creation, could have or want to have.

But the point is that this is not the unilateral power to command things to happen out of nothing and then to control them under threat of nothingness. It is another kind of power all together, a qualitatively different power — a power that seems weak when dominance is the ideal.

The metaphor of “power perfected in weakness” tried to make comprehensible the difficult alternative to coercive force: the contagious influence that flows from a radically vulnerable strength. Two thousand years later, we have made limited collective progress in its realization. Perhaps experiments in social democracy, in which persuasion is favored over coercion, and care valued as a supreme public strength, hint at the alternative. Perhaps experiments in gender equality and nonviolent parenting are also advancing, here and there, our metaphoric reservoir.

The One who calls forth good even from the ashes of evil, a good that requires—indeed commands—but cannot coerce our cooperation. A power that makes possible our response.

From On the Mystery: Discerning God in Process pp. 88-90 copyright © 2007 Fortress Press. Reproduced by permission. For a more complete treatment of the subject consider purchase of the book, which may be found at the following link: http://fortresspress.com/product/mystery-discerning-divinity-process

Catherine Keller is Professor of Constructive Theology at The Theological School of Drew University. She’s the author or editor of more than a dozen books, her latest being Cloud of the Impossible: Negative Theology and Planetary Entanglement. New York: Columbia University Press, 2015.