I can remember the look on her face. I knew immediately that I had made a terrible, terrible mistake. Words started to pour out of her, telling me that I was on the slippery 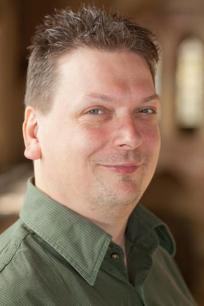 slope to losing my faith. She was visibly emotionally traumatized by what I had said, and despite the conversation now being about my faith, I think everyone in the room knew that I had foolishly said something to undermine hers.

Her husband kindly intervened and tried to steer the conversation into less emotional territory. Despite our being friends for many years since our college days, I haven’t seen her since.

What was it that I had said? After Karen (not her real name) had talked about the heartbreak of losing a baby, she had commented, “All that’s keeping me together is knowing that one day God will tell me why he did it.”

Of course, in retrospect I should have listened to those words, “all that’s keeping me together,” and realized this wasn’t an invitation to a Facebook-style theological debate.

What was I thinking? Some years later, when a friend told me that God had taken his daughter to heaven, “because she was too good for this world,” I knew to keep my mouth shut.

But in the face of terrible news—a death, a car crash, a cancer diagnosis—do we really want to hold God responsible for everything that happens in life? Is the idea that these terrible events have no divine cause or purpose so discomfiting? Of course, the complicating factor in this story is that my friends prayed… fervently. If we pray, and a baby dies, surely that must mean that the death was God’s will, right?

I remember hearing a memorable aphorism as a young Christian. It went, “God only answers prayers three ways: yes, no, or not yet.”

Even as a teenager, I had a feeling that God couldn’t be reduced to such a limited set of options. Within the scriptural record there are other ‘answers’ staring us in the face. In Daniel 10, an angel explains that he was sent to aid Daniel but that he was held up by the ‘Prince of the Kingdom of Persia’ for three weeks. God made an immediate response but was delayed by circumstances. We might say that a fourth answer to an intercessory prayer is, “I’m on my way: it might take a little time.”

A story from Daniel’s dreaming might seem like a poor foundation for pastoral practice (never mind philosophy or theology), so let’s look at a moment in the life of Jesus. In Mark 6, we read that Jesus’ ability to perform miracles was limited by the lack of faith of those present. Another answer to prayer might be, “I’m doing my bit, why aren’t you doing yours?”

But what is God’s ‘bit’? A member of my community has just received a diagnosis of terminal cancer. He might have a few months or a few years, according to the doctors. He has ‘called the elders of the church’ and we will visit and anoint him with oil. It’s unclear what James is promising, but a straight reading of his letter seems to indicate that prayers accompanied by faith and righteousness are somehow more effective. At the very least, James is suggesting that through our faith we are participating in God’s healing work.

Pastorally, I have always found verses such as these deeply problematic. I realized only recently that it was because I was still thinking of God as omnipotent. In effect, I imagined God choosing to heal only those whose faith or righteousness met a satisfactory standard, as a kind of reward. A God who withholds healing from those with weak faith does not sound like the Abba whose son promised that only the tiniest seed of faith could invite the reign of God.

However, if God’s work in the world is in any way like that described in The Uncontrolling Love of God, then our own partnership with God in bringing about the miraculous starts to make sense. It matters that we engage with the world in every way possible. In the case of ill-health, that can mean medicine, community care, healthy eating, and prayer. If God is present in every atom and cell, lovingly presenting the way of life at every moment, perhaps our own voices can add urgency to God’s urging, and we can share in a miracle.

Our prayers matter just as much as our actions. Prayers that attune us to the heart of God. Prayers that lend our voice to God’s voice, calling for God’s loving will to be done in a situation. Prayers that bless those who are living out the gospel of peace. In fact, if God is not a controlling entity, then our persistence in prayer and action are not the icing on the cake of God’s action in the world; they are central to it.

As we anoint this beloved member of our congregation, we can confidently say with James that God wants to raise him up, and that we will join in with God’s desire for his wholeness. We will speak to the cancer in Jesus’ name, calling it to be gone. We will show love, we will enquire after the state of current medical interventions, we will offer help to the household on behalf of the church, and we will no doubt be thinking of children and grandchildren who will someday lose this loved one.

All of these actions will be influenced by God’s uncontrolling love. I will say that death and suffering are not God’s will, but even so we cannot know what the outcome of our prayers will be. I will say that prayer is not a magic spell, but that sometimes it appears to be, because miracles can happen. I will say that Jesus calls us to be faithful and persistent, because the world doesn’t always listen the first time. And I will say that while there is so much that we don’t know, there is one thing we do know: God is love.

Is that enough? It is more than enough for me.

Simon Hall is Co-minister of Chapel Allerton Baptist Church in Leeds, UK, and of Revive, ‘A community for people who like Jesus but aren’t too sure about church.’ He studied philosophy and theology at Oxford University before training as a youth worker. He is a compulsive starter-upper of things, including three churches, an arts centre, a family support project and Oasis College in London, where he was founding principal. He has written in the fields of spirituality, youth ministry and applied theology, and edited the UK edition of the NIV Youth Bible. He lives in Leeds with his wife Anna, a TV documentarian, and their three teenage children. And a dog. He enjoys soccer, music, literature, box sets and video games.