I am not, by nature, a transformational leader. By virtue of my temperament, I tend to default to a transactional style of leadership: casting vision, establishing and monitoring goals, driving organizational mission, enacting changing, disrupting the status quo, and often, meticulously 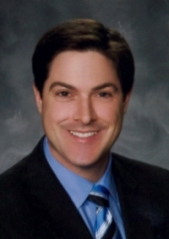 controlling projects to completion. While Western culture would generally regard these as the bedrock of American entrepreneurial-industrial leadership, my experience has taught me otherwise. I’ve learned that if I have any hope of becoming a transformational leader, I must learn to model God’s uncontrolling love toward anyone I hope to lead.

I presently serve as a vice president and superintendent of a network of urban, multicultural, nonpublic Christian schools in a city with one of the highest concentrations of children living in poverty per-capita in the United States, with the worst-ranked public school district in the state. The vast majority of the students we serve meet federal poverty guidelines and about 90% of them are funded with publicly-funded vouchers. About 80% of our students are racial minorities. Nearly 20% of our students have special needs.

We liken our school to the Parable of the Great Banquet in Luke 14. All of the important and powerful people, those who would typically pay private school tuition out-of-pocket, rejected the invitation to the Great Banquet. Instead, the poor, the crippled, the lame, and the blind were offered a privileged place at the table. In fact, Jesus’ own interpretation of the parable is that there are some people we explicitly should not invite to dine with us – the rich, the powerful, and the privileged (v. 12). Instead, we are called to invite those whom the world would see as the least and the lowly, those with the greatest needs (v. 13). Consequently, we have doubled the enrollment of our school system by operating on this biblical principle: elevate those with the greatest needs to the place of greatest honor.

Leading teachers to meet such needs is just as challenging as meeting the needs of the students themselves. Like most private Christian schools, our teachers are underpaid and overworked. Of the more than 75 instructional staff in our system, most have been called by God to teach at our schools and have committed themselves to our mission at some measure of personal cost. Conventional methods of transactional leadership simply don’t work to motivate people in the context. Instead, a transformational approach to leadership, grounded in a relational process of self-giving, is a far more effective. But it isn’t easy.

Leadership can be reduced to an exercise of power – over others, over an organization, over resources, etc. We equate power with the control. The more control we have, the more power we have. Often, the only way to ensure such control is to wield power in controlling, but destructive ways: fire those who disagree, mandate particular actions, enforce strict rules and consequences, and trust no one. Schools can be among the most brutal battlegrounds for power and control. But such power-plays do not reflect God’s priorities.

I believe that God favors the kind of power that God has and condemns the kind of power the world craves. If Tom Oord’s theory of essential kenosis is accurate, then God’s nature necessitates uncontrolling, others-empowering love – and leaders who profess to lead as agents called by God should strive to lead in ways that honor God’s own power. Obviously, this is easier said than done. But Paul’s admonition in Philippians 2, by which Oord grounds his essential kenosis theory, explicitly calls us to “do nothing out of selfish ambition or vain conceit” and to “value others above ourselves” (v. 3). It is impossible to fulfill such a call by leading with controlling power.

Leading those who are not primarily motivated by pay raises, prestige, or authority, such as the teachers whom I have had the privilege to lead, has taught me to curb my own leadership tendencies. Instead of control, I must strive for collaboration and cooperation. Instead, consistent influence and persuasion are far more potent because they lead to heart changes grounded in authentic relationships. More than that, when I lead others in an uncontrolling way, I am transformed in the process and I’ve taken one more step toward becoming a transformational leader myself.

I strive to see my own leadership as contingent and temporary. I am stewarding people and resources for a season. I’m learning to give power away. To lead consistent with God’s love, I must learn to be others-oriented: I must learn to empower others and to relinquish whatever controlling power I still have. This highly relational process elevates the “interests of others” above our own (Philippians 2:4). “Selfish ambition and vain conceit” have no place in uncontrolling leadership (Philippians 2:3).

Now, I am not just leading teachers, but leading other leaders. I can do less and less directly. Most of my influence is indirect. I must persuade others to action. Although I think most Americans probably value a “take charge” style transactional leader, the painful yet rewarding experience of others-empowering transformational leadership is far more personally taxing; it takes grit, tenacity, commitment, consistency, and yes, love. In my experience, it’s much more difficult to be an uncontrolling leader than to be a controlling one!

As our school system continues to grow and we continue to serve more children and hire more personnel, I know that my leadership challenging will be to exercise less control, not more. As I grow as a leader, I know that I am called to empower others and look to their interests more than my own. To become transformational, I will need to continually check my own exercise of power against God’s nature of self-giving, others-empowering, uncontrolling love.

Joshua D. Reichard, PhD, EdS is the Vice President for Academic Affairs at Valley Christian Schools, an urban, multicultural, PreK-12 network of nonpublic schools in the Youngstown, Ohio region. Joshua serves on the faculty of the American College of Education, Ashford University’s Forbes School of Business, Oxford Graduate School (American Center for Religion and Society Studies), among others. His scholarly interests include Process-Relational theology in conversation with Pentecostalism, Wesleyan theologies, and the intersections of race, religion,  and school choice. His website is http://joshuareichard.com/